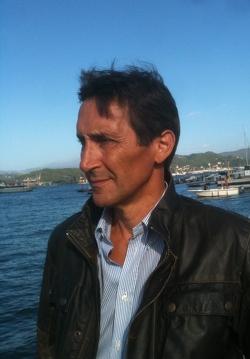 His main research interests are in Robotics, Haptics, and Control Systems in general. He has published more than 300 papers on international journals, books, and refereed conferences.  He currently serves as the President of the Italian Association or Researchers in Automatic Control. He has served as Editor in Chief of the Conference Editorial Board for the IEEE Robotics and Automation Society (RAS), as Vice President and as Distinguished Lecturer of IEEE RAS.  He is Editor-in-Chief for the book series ``Springer Briefs on Control, Automation and Robotics,'' and is in the editorial board of several scientific journals, including the top-ranked Int.l J. Robotics Research, the IEEE Trans. on Robotics and Automation, IEEE Trans. Automation Science and Engineering, and IEEE RAS Magazine. He has organized and co-chaired the first WorldHaptics Conference (2005), and Hybrid Systems: Computation and Control (2007). He is the recipient of several awards and honors. In 2012, he was awarded with an individual Advanced Grant from the European Research Council for his research on human and robot hands.

Antonio Bicchi is a Fellow of IEEE since 2005.