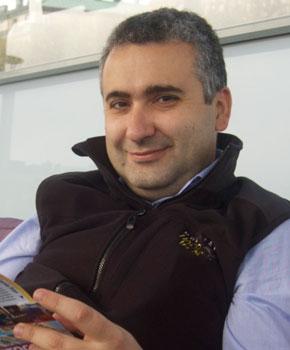 Emilio Frazzoli is a Professor of Aeronautics and Astronautics with the Laboratory for Information and Decision Systems at the Massachusetts Institute of Technology. He received a Laurea degree in Aerospace Engineering from the University of Rome, “Sapienza” , Italy, in 1994, and a Ph. D. degree in Navigation and Control Systems from the Department of Aeronautics and Astronautics of the Massachusetts Institute of Technology, in 2001. Between 1994 and 1997 he worked as an officer in the Italian Navy, and as a spacecraft dynamics specialist for the European Space Agency Operations Centre (ESOC) in Darmstadt, Germany, and Telespazio, in Rome, Italy. From 2001 to 2004 he was an Assistant Professor of Aerospace Engineering at the University of Illinois at Urbana-Champaign. From 2004 to 2006 he was an Assistant Professor of Mechanical and Aerospace Engineering at the University of California, Los Angeles. He was the recipient of a NSF CAREER award in 2002. He is an Associate Fellow of the American Institute of Aeronautics and Astronautics and a Senior Member of the Institute for Electrical and Electronics Engineers. He is currently serving as an Associate Editor for the IEEE Transactions on Automatic Control, for the AIAA Journal of Guidance, Control, and Dynamics, and for the Journal of Optimization Theory and Applications.

Dr. Frazzoli's main research interests lie in the general area of planning and control for mobile cyber-physical systems, with a particular emphasis on autonomous vehicles, mobile robotics, and transportation networks.