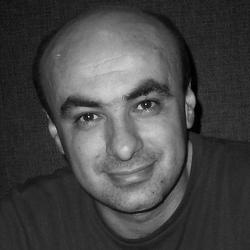 Nikos Tsagarakis is a Senior Scientist at IIT with overall responsibility for Humanoid design & Human Centred Mechatronics development. Before joining IIT he was a research Fellow and then Senior Research Fellow in the Centre for Robotics and Automation at the University of Salford where he worked on haptic systems, wearable exoskeletons, rehabilitation robots and humanoids robots. He is an author or co-author of over 170 papers in research journals and at international conferences, has 7 patents and has received the 2009 PE Publishing Award from the Journal of Systems and Control Engineering and prizes for Best Paper at ICAR (2003). He was also a finalist for Best Entertainment Robots and Systems - 20th Anniversary Award at IROS 2007 and finalist for the Best Manipulation paper at ICRA 2012 and Best Paper at Humanoids 2012.